Women all over the world are advocating for equal rights and more protection for women. As a result, more policies have been put in place to protect women in the workplace, at home, and in society.

There is no denying that women are susceptible to harassment and abuse. In addition, there are numerous cases of unequal treatment. According to research, about 60% of women suffer harassment in the workplace. These harassment cases range from sexual advances and misconduct from colleagues to unequal labor pay.

Research shows that one in four women (25 percent of women) suffer domestic violence or abuse. It is not uncommon for many to see women with bruises. Unfortunately, they may cover it up, disguising physical injuries as slip and fall accidents. Do not be mistaken; slip and fall is not a joke and is recognized by law.

Slip and fall accidents are when someone is injured on someone else’s property. The plaintiff could receive damages and this happens if a court finds the accident to be due to the property owner’s negligence. Research has found a majority of slip and fall victims to be women. These accidents are common in stores, malls, parking lots, and at home due to physical abuse.

Domestic abuse on its own is more likely to target women and in a majority of cases, the perpetrators are men. Domestic abuse refers to sets of behavior used to control and degrade a person you have an intimate relationship. It includes but is not restricted to physical and sexual violence. It is used to coerce and threaten a relationship partner.

Unfortunately, domestic abuse is often experienced by women more than men. It joins a string of gender abuse practices and deeply-rooted misogyny in society. Such behavior and practices include catcalling, groping, stalking, female circumcision, and early marriage.

Federal and state laws exist to protect women against domestic violence and discrimination. And if you happen to experience such instances, it is best to seek a domestic abuse attorney who will help if you need legal advice or help on such issues. They help in pressing civil and criminal charges against violent partners.

They also educate women on some laws that protect them. Some of these laws as it relates to women’s rights and domestic abuse include;

Passed in 1994, the VAWA granted provisions to protect women from domestic violence. Women’s rights groups and experts have celebrated the act. The provisions include.:

Stalking is often overlooked, but it could be dangerous. It involves following a person deliberately to harass, threaten, or harm them. Stalking can take a toll on one’s mental health. The victims usually live in fear of their stalker. They are always self-conscious and constantly tiptoeing to protect themselves. With stalking,  the fear of harm is always constant. 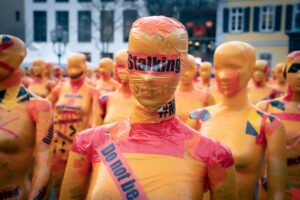 Women are 50% more likely to be stalked as compared to men. This could be from a current or previous partner. Targeted emails, phone calls, and physical following can be used in stalking.

Every state in the US has laws prohibiting stalking. If you ever feel that you are being followed,  you enjoy the protection of the law. Though varying from state to state, the laws protect you from stalkers. Stalking places the victim under stress, taking a toll on their lives. Whatever stalking comes disguised as a romantic interest, the law provides adequate cover.

Physical stalking cases are hard to prove. This is because there is usually not enough evidence to prove it. However, it would be best if you got counsel from your legal advisors.

You should know that the law protects you from stalkers. This means you can always report stalkers.

Though this law does not extend to workers in the private sector, the law is a breakthrough for women.

An amendment of this law also ensures women are treated fairly and equally in the workplace. Workers must be equally treated in every work-related matter irrespective of sex. This includes promotion, hiring, or any work assignments. 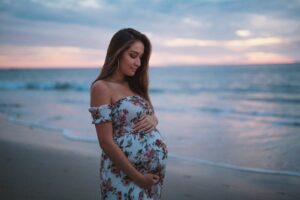 This law protects women’s economic rights. It ensures they gain and maintain employment irrespective of maternal conditions. As a woman, you should know your economic rights are fully protected.

This court decision from the 1970s legalized abortion in the United States. The Supreme Court Passed a decision to allow abortion. Before this decision, abortion was illegal. It was only allowed if the mother’s life was at stake. The ruling allowed abortion and gave states the right to set up their regulations.

This law is very important because efforts have been made to overturn this decision. Far-right groups have tried to cancel abortion rights. This has led to a wave of protests all over the country and on social media.

The ruling was passed in 2009. It is named after the eponymous employee. She sued her employer for paying her less than men performing the same tasks. The law cuts the discrimination in pay between men and women doing the same jobs.

Discriminatory payment complaints could be filed and rectified within 180 days.

Women’s rights have come a long way from previous times. That is due to the work of several groups and brave individuals. Coupled with the legislators, they have improved women’s lives with the above laws.

Why Gold Earrings and Nose Rings are Best Choices for Body Art?

What Are Some Offenses That Come Under Title IX Hearings? - Los Angeles 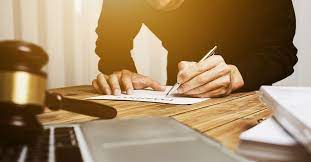 4 Reasons to Hire a Personal Injury Attorney in Ohio